To share your memory on the wall of Robert Terry, sign in using one of the following options:

Robert was born November 12, 1984, in Kosciusko, MS. He was a graduate of the Youth Challenge Program at Camp Shelby in Hattiesburg, MS. He was a Certified Electrician, and a Certified Pool Service Technician.

He was preceded in death by his grandparents, Joe Thomas and Nelvie Kate Terry and Ben Aaron Sr. and Emily Oakes Dodd, his uncles, Larry Joe, Thomas (Bud), and James Gaden Terry.

In lieu of flowers, donations may be made to Culpepper Funeral Home for final expenses or the Youth Challenge Program at Camp Shelby.
Read Less

To send flowers to the family or plant a tree in memory of Robert A. Terry, please visit our Heartfelt Sympathies Store.

We encourage you to share your most beloved memories of Robert here, so that the family and other loved ones can always see it. You can upload cherished photographs, or share your favorite stories, and can even comment on those shared by others.

Posted Feb 22, 2021 at 03:06pm
The family of the late Robert Andrew Terry would like to express our sincere gratitude to everyone for all the love, prayers, and support during this difficult time. The kindness and generosity we have received is genuinely appreciated.

Posted Feb 06, 2021 at 12:34am
I know I only knew Robert a couple years but his sensitivity and true love for God's creation: people, animals and the great outdoors was always evident. While he lived on my property, I had an animal care helper who was abit of a challenge for me. One of the dogs who wasn't goat-friendly got out and chewed on one of the legs of the mama goat. Even with vet care, her recovery was rough the first week or so. One evening, I had worried about her all day, praying for her, spending time with her. Robert had been a help distracting her while I cared for her wound so he knew how concerned I was. Anyway, I'd about had it with the helper who was challenging and was sitting down at my computer trying to get some work done. Robert came in and asked me a question that I don't even remember. I was so overwhelmed, I didn't even look at him but I told him I didn't have time to think about or respond to his question. He tried to talk to me again in a kind voice but I asked him to check with me the next day. He said my name again with a kind voice and then came over and squatted down in front of me as I tried to focus on my computer. He said my name again and just stared at me. I couldn't hide my fear for Goldie (the goat) from him. I took one look at him and broke down crying telling him I was so worried about Goldie. He gave me a big bear hug and said, "I know, I know." Robert had a sixth sense about people; it was truly a gift. He didn't shy away from hard things and he didn't usually let people deny when something really bothered them or when they were upset. I loved hearing him talk about his family, Christy or Bradley and even his beloved dogs. I told him once that I noticed he used talking and conversation to feel people out, to get a sense of them. He really sought to understand people. I told him I thought he'd make a great teacher. He was always teaching...sometimes I had to let him know I didn't have the time to learn what he was teaching that moment, haha! May peace be in your hearts and joy in your memory of your lives with Robert.
Comment Share
Share via:
KM

Thank you so much Julie for your sweet comments.
GB

Thank you Mrs. Gerri and Mr. B.
DW

Posted Jan 26, 2021 at 06:14pm
I express sorrow to the family and friends of Mr. Robert A. Terry. I pray our Lord's love, comfort and strength for each of you.
Comment Share
Share via:
KM

Thank you so much for your prayers and words of comfort Bro. West. And thank you for the love and encouragement you gave to my son when he was much younger. Robert really admired you and thought the world of you. 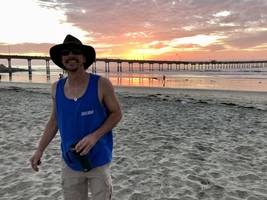 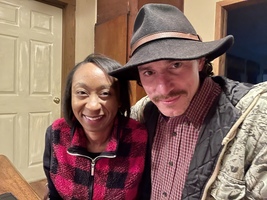 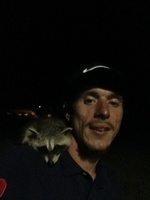 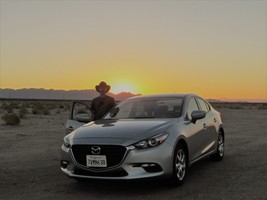