To share your memory on the wall of Patricia Price, sign in using one of the following options:

Patricia was born on August 29, 1948 at Kosciusko hospital to Herman Henry Jenkins and Letha Thweatt Jenkins. She married Clovis Price on August 5, 1969 and recently celebrated their 51st wedding anniversary.
Patricia became an elementary school teacher after receiving her Master’s degree at Delta State University and taught for over 30 years at Cypress Park Elementary school in Cleveland, MS. She was known by her students for her kind and loving spirit.

Patricia grew up in the Methodist Protestant church in Kosciusko, MS. She became a member of the Central Baptist church in Gardendale when she moved to Fultondale, AL.
Funeral services are 11:00AM Saturday, March 13, 2021 at Culpepper Funeral Home Chapel with burial to follow at Jenkins Cemetery.

Visitation is at 10:00AM prior to service at Culpepper Funeral Home.

To send flowers to the family or plant a tree in memory of Patricia Price, please visit our Heartfelt Sympathies Store.

We encourage you to share your most beloved memories of Patricia here, so that the family and other loved ones can always see it. You can upload cherished photographs, or share your favorite stories, and can even comment on those shared by others.

Debbie D. Bass, Olivia, Adam & Alyssa Jacobson, and other have sent flowers to the family of Patricia Price.
Show you care by sending flowers

Posted Mar 12, 2021 at 07:48am
You all are on my heart and in my prayers. I pray that the God of all Comfort will comfort you above measure during this difficult time and days ahead

Debbie D. Bass purchased the Rose Tribute and planted a memorial tree for the family of Patricia Price. Send Flowers

Posted Mar 11, 2021 at 06:47pm
Wishing you peace and comfort. And wishing you the courage to face the days ahead. Please know that you are in our thoughts and prayers.

Flowers were purchased for the family of Patricia Price. Send Flowers

Posted Mar 09, 2021 at 01:24pm
My sincere condolences and prayers to the family. Mrs. Price was 5th grade English teacher. She had such a sweet spirit. She will be missed.
Comment Share
Share via:
DW

Posted Mar 08, 2021 at 04:40pm
I express sorrow to the family and friends of Mrs. Patricia Jenkins Price. I pray our Lord's love, comfort and strength for each of you.
Comment Share
Share via: 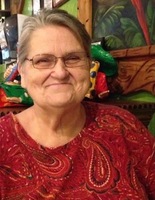 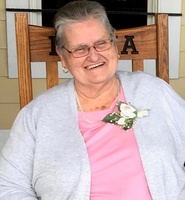